I’ve just rediscovered that doing push-ups is a million times more interesting if while I’m at it I position a good-smelling book right underneath my nose.

Speaking of books, it’s time for me to explain (as I elsewhere said I would do) the several book covers I chose in response to an interesting book-cover-sharing challenge recently. If this is new to you, at least you weren’t among those who had to wait mystified for two weeks while some odd unexplained photos of book covers showed up to stay on my Facebook page. And unless my friends would really like me to do it again, I don’t intend to do it again. I’ll do book reviews like this one here, for sure, but no prior unexplained photos. Will that make you happy? Let’s give it a shot.

Here is book one. 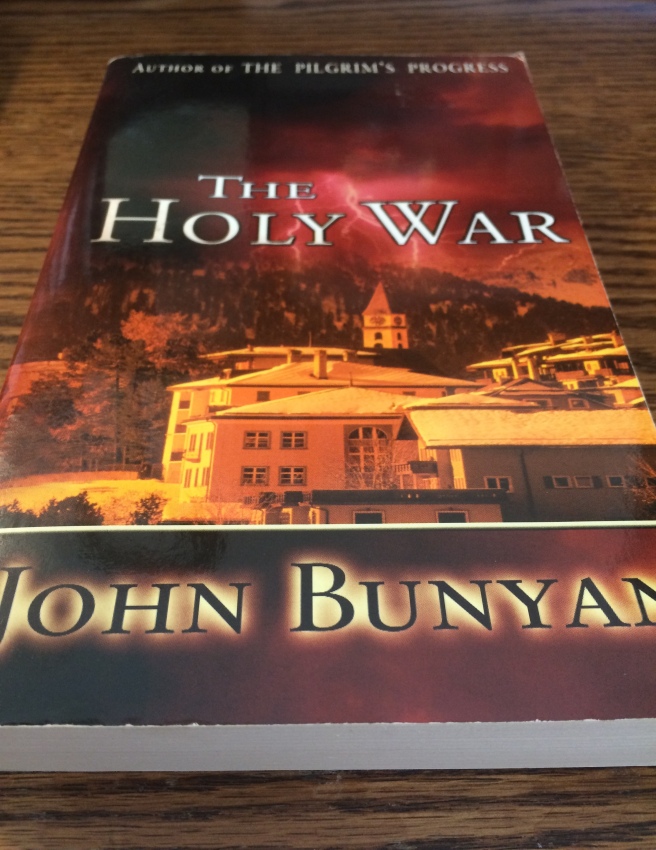 The Holy War was a high school graduation present last year from some old and dear friends. I wanted to bring this book up because although I have read approximately half of it and found it more than worthwhile, I’ve still been needing to remind myself to finish it sometime soon. I’ve been meanwhile either letting God win the war in action and/or with help from other books, or else wasting my time. The Holy War is like The Pilgrim’s Progress, as it is an allegory featuring characters and places named literally after components of the spiritual realm. The story so far has given me a physical picture of the worth of the human soul to God, how hardhearted each of us can be against Him, and that God is gracious but His grace can’t be taken for granted. (I have some friends who love me very much!)

(My mother, meanwhile, has been reading some heavier stuff, like Overcoming Sin and Temptation by John Owen for example. She’s gotten me piqued, although that didn’t happen during my picture-taking week. I’m going to read it too, and I don’t think I’ll be the same person afterwards.)

Moving onward. Over the next day, a Wednesday, I strongly invested myself into what I hoped would someday become a crossword puzzle-making business from home. I can’t quite decide which is more fun: making crossword puzzles or solving somebody else’s. In any case, my older sister gave me this very prettily designed crossword puzzle book for Christmas. 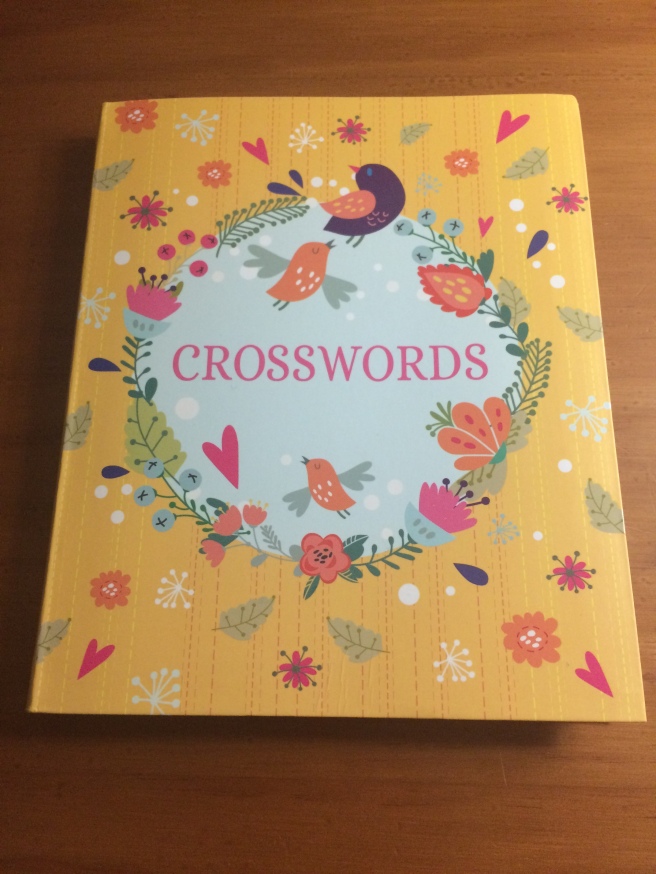 I usually spend a few days obsessed with it before realizing that I can’t get all of the answers in my head by just sitting still. It is more worthwhile after such days to do something productive, to at the very least make a crossword puzzle of my own. That was exactly what I did on the same day as I took this picture. A trifle in comparison to The Holy War. But if crossword puzzles fascinate you anyway as they do me, then send me a message and you’ll be among the first to know when a brand-new one comes out with success. 🙂

I enjoy certain light reads now and then, but one which I’ve read over and over again because the story is so wonderful (and it’s been helpful to me as a writer) is The Wingfeather Saga. At this point of my fourth or fifth round through the books, I was and still am in book two, and in my opinion on Thursday it made an adventurously aesthetic choice to add to my line of seemingly random book covers.

Don’t you think so? I’ll admit it’s a little creepy.

Meanwhile, outdoors, my sweet pepper plants were barely surviving the ruthless summer sun of northeast Texas. I planted them too late in the year and only realized my mistake that Friday when their leaves started to noticeably shrink. Thankfully my household owns this guide to which I should have referred myself earlier but that is still helpful when everything seems hopeless. It educated me that day, and if you want to grow anything in my part of the States, maybe you should own this book as well. 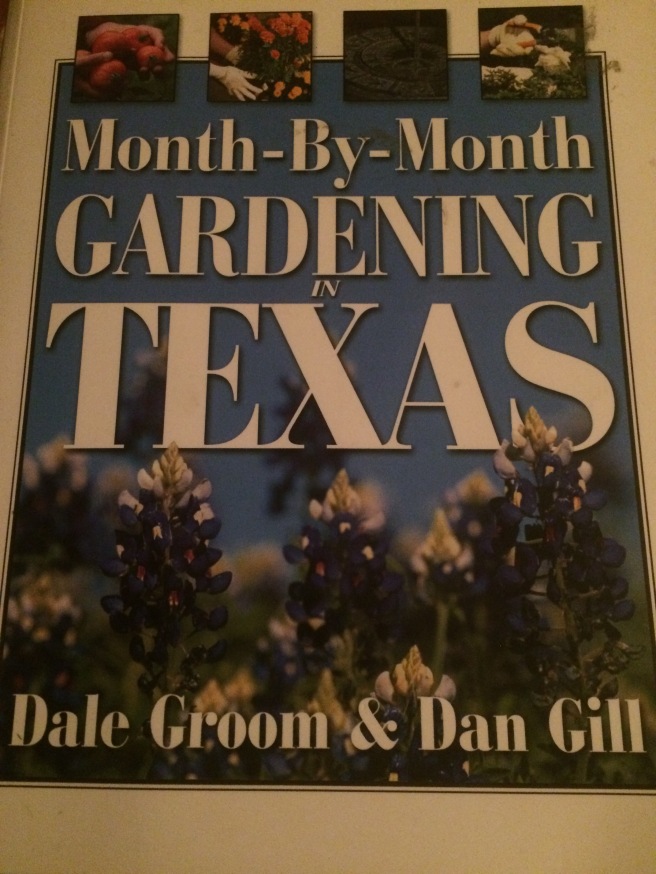 My family owns an almost random variety of books! I don’t remember from where we obtained a certain volume about the life and works of Jane Austen; likely the same sister who gave me the Crosswords book bought it herself. Her interests and mine sometimes intersect because she is only interested in the best. Who could deny that Austen was a great writer but people who don’t take the time to understand (granted, long-winded) English? Rebecca Dickson certainly took the time to understand many of her works, and her postmodern two cents on each one were nothing but nice words, except for what was said about the heroine of Mansfield Park (the book) and how Emma ended because squeaky-clean characters like Fanny Price and Mr. Knightley are, surprise, not well-liked by many people in our secular society. I had to think about that in light of how some of my own literary characters have been put together.

Another children’s book alongside North! Or Be Eaten that I had to point out was The Extraordinary Education of Nicholas Benedict. It has turned into my new favorite of Trenton Lee Stewart’s novels. All of his stories are full of exciting mysteries, but this one happens to have more character than the other ones, meaning both The Mysterious Benedict Society series and The Secret Keepers. I have been reading it for the second time, plucking it up when there’s nothing else to do, and savoring Stewart’s poetic and thorough descriptions, the ingenious plot twists, and his development of the protagonist. 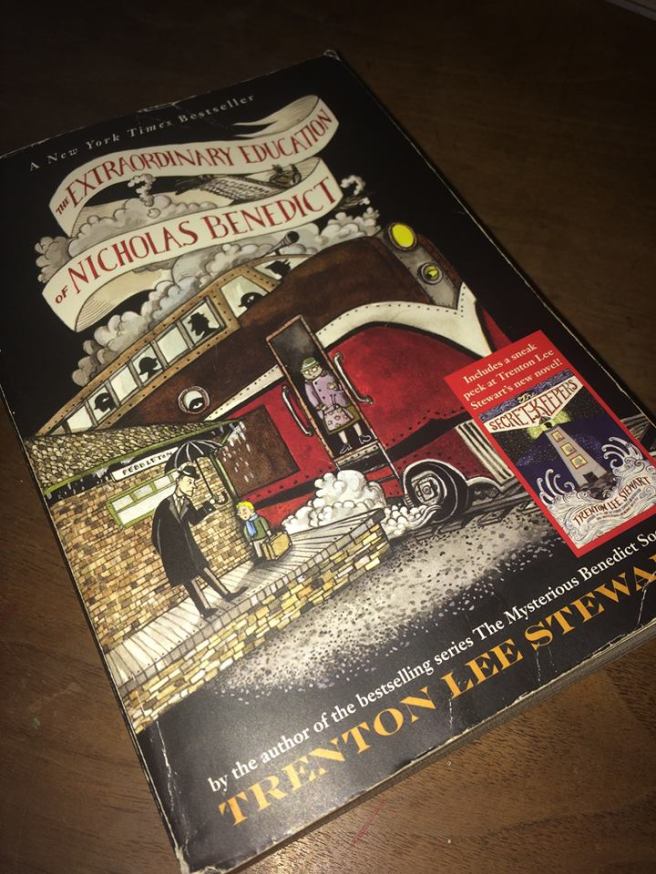 But there are books that are far more healthier, such as those that encourage the development of their readers into Christlike people specifically. Last year I became the very pleased owner of the revolutionary This Changes Everything: How the Gospel Transforms the Teen Years by Jaquelle Crowe. I haven’t looked at it in a while, but now I realize I’m past Jaquelle’s age when she wrote the book! And it is a good book that should nudge me and other young people to follow Christ more zealously. TCE’s writer also happens to be one of my online mentors who talks to hundreds of students about how the writing and publishing process works. That’s another reason for why this book is very special.

Now, lastly, I’m bringing up a book that has specifically given me helpful writing tips: Elements of Fiction Writing: Characters & Viewpoint by Orson Scott Card. 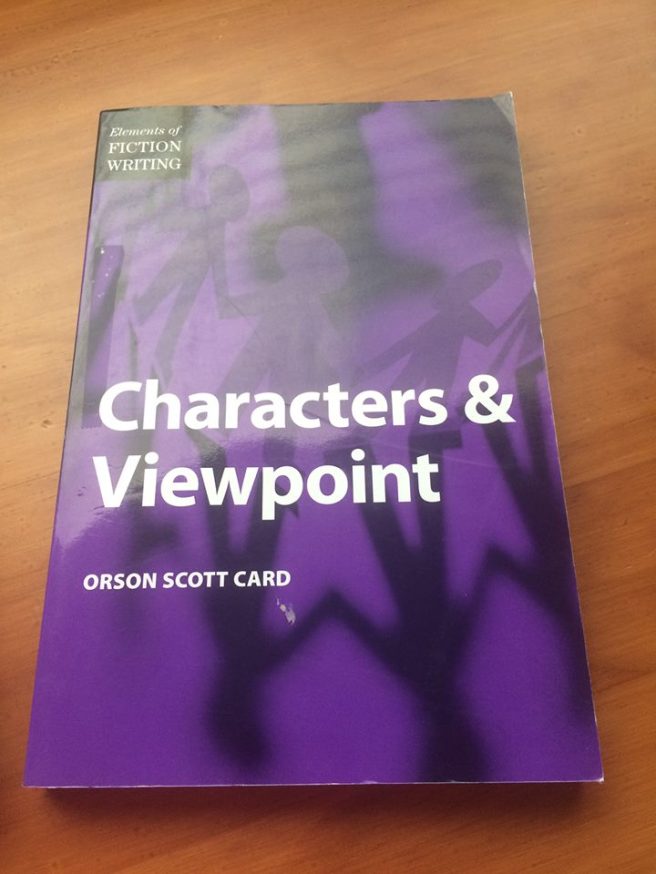 In this helpful book, by asking questions and providing examples, Card encourages his readers to stretch their imaginations like never before to form relatable characters in easy-to-follow and fascinating scenes. While I’ve never read his novels (holler at me if you recommend them), what he has shared in this book alone demonstrates a fierce imagination brewing and his own care to keep characters real at the same time. I’d like to have both of those things as well.

That wraps up my presentation of books! If you know and love any of them, please let me know!

Would you like to share the books you’ve been reading and/or thinking about? Are the subjects of any of the books I shared of any interest to you? Please let me know your answers! And have a great week! And if you want to see me in person, I’ll likely be at my house, and you might catch me doing push-ups while reading yet another book such as Persuasion or The Lord of the Rings.*

*I’m not a habitual reader yet. This is relatively new.